The subject of Gangs and treaty according to a process which goes from the representational artist to the documentary. That is why the macrostructure of this series is reminiscent at the same time of the polyptiques of sacred subject of the Middle Ages and the Renaissance and the comic strips: a continuous story settles down around the phenomenon of gangs, without proposing for all that a demonstration or a moralizing reading. The representational scenes(stages) consist on a bottom where, in the violent dominating tones yellow or red, offers itself in the eyes of the spectator a landscape of poverty, the representative, South American poverty of the favelas of the poverty of all the suburbs, including those of the cities rich in the western world, this world which 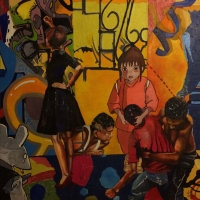 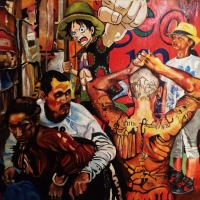 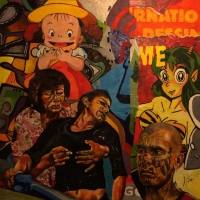 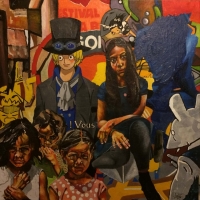 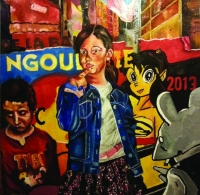 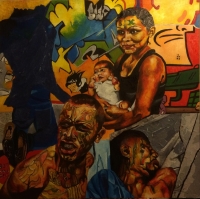